New Zealanders show support for getting smokes out of shops

Today, the Cancer Society presented its petition in support of Smokefree 2025, saying New Zealand must act now to prevent future generations from being killed for profit by the tobacco industry.

The Cancer Society chose World No Tobacco Day to present the petition asking for a significant reduction in the number of retailers able to sell tobacco. This is one of the bold measures included in the Government's Proposed Smokefree Action Plan.

The petition, which was signed by nearly 8000 New Zealanders, was presented to Labour MP Dr Liz Craig in Invercargill. Dr Craig is a former medical practitioner and public health expert and Chair of the Health Select Committee. The petition supports the Cancer Society's submission on the Smokefree plan.

As well as seeking petition signatures, the Cancer Society has collected public feedback on other key proposals in the plan, such as limiting the nicotine content of cigarettes, and raising the age of purchase every year, to show the depth of community support for the Smokefree 2025 goal.

"It's important that the Cancer Society rallied support for the Government's plan because the tobacco industry won't go quietly. As well as petition signatures, 844 people have provided written support for key proposed actions in the plan to ask for the boldest, most effective measures to reach Smokefree 2025," says Elwood.

"The facts are clear – smoking is the biggest cause of cancer and preventable deaths in New Zealand. It kills around 13 people a day and stops many others from being able to live their lives to the fullest. We want to make Smokefree 2025 a reality."

Elwood acknowledges how deeply tobacco has become entrenched in communities.

"We're not just talking about any old product for sale here, we are talking about the deadliest consumer product of all time and the impact that has had on people's lives."

Elwood says its important people understand the Smokefree goal, so they can get behind it.

"The stated goal of Smokefree 2025 is to have fewer than 5% of the population smoking. It's not a total ban on tobacco. The Government's smokefree plan is designed to help people who want to quit while preventing young people from starting to smoke. This is a goal New Zealanders can support no matter their personal experience."

Elwood says the Government has clearly signalled its intention to reduce the gap in health outcomes for Māori and non-Māori. Having the strongest possible smokefree plan is a key part of achieving that. While 11.6% of adults in New Zealand smoke daily, that figure rises to 18.3% for Pacific people and 28.7% for Māori.

"This is a pro-equity approach, based on evidence, and that is why the Cancer Society will keep championing the Smokefree 2025 plan."

Our Chief Executive Lucy Elwood is available for comments. To schedule an interview, please contact: 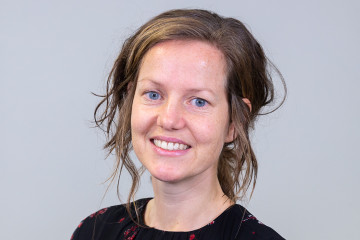